Spectre:
Last week a was looking forward coming home, chilling out in front of a fire and watching this movie. Well, going into it I hadn’t read any reviews and only had modest expectations. I figured it wouldn’t be perfect but at least it would be pretty good. I was wrong. It’s not a poorly made movie, but it was boring. It was long. It was frozen dinner that looks great on the box but is pretty tasteless once you get to eating and I hate to say that. Like most of the masses I love James Bond, but this adventure might have been one of the worst. The only thing I thought was cool was the Spectre ring. What a shame, but that is Hollywood for you. I’m giving this movie 5 martinis, shaken not stirred, out of 10. Don’t bother. 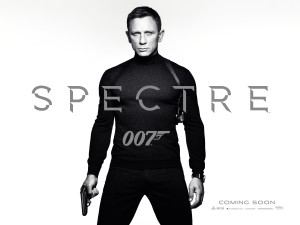 Kung Fu Panda 3:
Jack Black has done a pretty great job turning a fat panda into a movie franchise and the best thing of all is these movies are funny. In this 3rd one, Po, meets his father, who is played by Brian Cranston. Wow, but a 180 from his role in Breaking Bad. With that said, I had pretty low expectations but most of the cartoon franchises get worse the longer they go, but in the case of this this latest installment, it might have been the best one. At least my son thought so. Take your kids and go see it, and you’ll even have some fun yourself. 8 Skadooshes out of 10!  Enjoy it!