The Truth behind The Darkslayer and other things, Part 1

Boy, I really wish I could blog more, but writing eats into it, but here is my goal. Every time I finish a book, I’m going to blog.That should be manageable so long as I am not behind. (Note, this post might not be very well edited.) Anyway, last week I finished The Supernatural Bounty Hunter Files, Book #9, Smoke Happens. If you haven’t tried this series, you really should, it’s pretty much dungeons and dragons in a modern world with my spin on it. Urban Fantasy. Man versus Monster. Hey, you know me, you’ll like it. Anyway, in regards to writing let me say that it’s not often a joyous task. It’s life draining. The hard part is the ending of any book. It’s like pushing a rock up a hill and the further toward the top the harder it gets. Really, it’s like that and my back hurts. In the cases with most novels, writers string you along page after page, chapter after chapter, and with no reasonable conclusion in sight, the end the book with some ridiculous resolution. I HATE THAT!  In the case of me ending my books, because I do so many, it’s really hard to have a good ending, or rather one, that makes sense and it satisfying for the reader. Now, you can always go cliffhanger, which I might do rarely, but all that means is that a writer couldn’t really finish the story in time. They lost perspective. This is why movie endings are often horrible. Now, if I do cliffhanger, I make sure the next book is right around the corner. I”m a nice author like that. So, I finished Smoke #9 before Turkey Day and I’ve enjoyed the time off so far. To be honest, a little about me, I don’t feel a great deal of satisfaction finishing a book, but I find a great deal of relief. It takes me days to unwind and I like to dig into home projects. Building something with my hands is much more satisfying for me. Something about those power tools. Grunt! Grunt!

Oh, I mentioned something about the Origin of The Darkslayer, well, we’ll do that on the next blog…just kidding. First off, I never grew up wanting to be a writer, it just happened. But I did think I had more exciting ideas than what I read. So, as for DS (The Darkslayer), and his roots, well, you call go back to my Dungeons and Dragon’s days. Junior High. Much like that Stranger Things on Netflix. My friends were all the typical brainiac top student, A honor roll types, who got into a lot of new stuff. My, well I fought to make the B-Honor roll on occasion. Anyway, D&D came along and I learned to play with my friends. I always cheated in every imaginable way possible to the extent where the Dungeon Master would either harm himself or try to harm me. I, we, were notorious for finding the hidden modules so we could, you know, cheat. Oh man, there are many stories, of which I was the hot-hotted victim of many pranks to their amusement. I remember one time they were all given Ki-Rin as mounts and I had a fit. It was a joke of course. Well, it all starts there, from Basic D&D all the way to AD&D with those beautiful yellow/orange character sheets you could buy in multipacks.

As it goes, all of these guys are my best friends to this day, but we could drive each other crazy. Things weren’t so bad for a time until Gary Gygax, or somebody in his horde, introduced the Drow. My best bud, Dindae (that’s his D&D name), always loved elves and bragged on them until I’d get sick at my stomach. Elves are so smart, agile, magical, long living, blah-blah-blah. Well, it all intensified with the Drow and their secret little powers. I hated it so bad that my character, who was often a fighter/barbarian, with double specialization in a bastard sword and 18plus or 00 strength (assuming I could pull off a cheat on my die roll) would be determined to kill the Drow character as soon as he stepped out of line. Needless to say, we argued so much, passed notes, spied on one another, and often over the course of many countless hours, didn’t get anything done. Mind you, this is high school, no, no, I take that back, it was junior high school, I’d never do something that uncool in high school. Me?  Haha, of course I did.  So, years pass after high school, that become decades, but I get this knack for writing thanks to the internet.

As a joke, I wrote a short story about my awesome heroic fighter, killing a bunch of drow characters, with a sheet of paper. I gave it to my friend, Dindae, Later on, that short story would go on to become The Darkslayer, where a very powerful fighter goes on a seek and destroy mission to kill all of my version of the drow, the underlings. I had to prove that fighters were the ultimate class of all worlds and all I had to do was put it in print. It’s a pretty primitive idea, but Bish, it’s been a lot of fun! By the way, BISH, is the name of one of the worlds that we played in created by the Dungeon Master.

more to come, but after my next book…

Tell me some of your D&D stories, 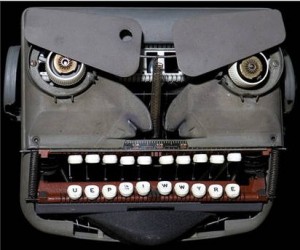