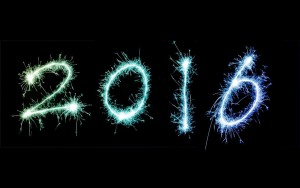 As I’ve mentioned before, I’m trying to blog more and I figured what the heck let’s talk about some things I liked in 2015 and maybe some things I didn’t like so much either. I hate to complain, well, that’s not entirely true, ask my wife, I like to complain, so I’ll complain some. Let’s see, outside of my personal life that is just dandy right now, I’d like to say a lot of things stunk. Pretty much everything outside of the entertainment industry at least.The economy. Leadership. But, it seems entertainment is booming and everything else is sinking. It makes me wonder how much longer we can survive like this. So, let’s talk about entertainment, as I love to be an entertainer. Hmmm … highlights. Let’s start with Netflix. I like some of the shows they have. Being a comic fan, a was a bit disappointed by the darker, violent side of Daredevil. Some of you are probably saying, really, aren’t you the guy who writes The Darkslayer guy that chops down underlings like logs of meat all of the time?  Well, yes, that’s me, but that’s different. How you say? Well, you just have to trust me. I just would have liked to have enjoyed ole’ horned head with my son is all. Jessica Jones – Didn’t dig it at first but the dark and scrawny little gal grew on me. I was a big Defenders fan, loved Hellcat, Luke Cage and Nighthawk, and they were the most powerful team ever so far as I was concerned, because remember they had The Hulk and Silver Surfer at one time not to mention Dr. Strange. Just recalling some childhood arguments way back when. Avengers? Pfft! Still, JJ, was a bit weird, though well done.

Amazon Prime shows and movies:  I just got the hang of using prime on FireTV about 6 months ago and I love it. X Ray is cool. It flows better than Apple TV that I really like too, and I can find better deals on movies. Man in the High Castle was incredible. Wow!  Not sure if Amazon made it, but I liked Bosch too.

Oh, and back to Netflix, I found that show Luther that was really good and I’m looking forward to a new season.  Digging up other old bones from the sitcom catacombs me and the wife wore out 3rd Rock for the Sun and now Last Man Standing. Good fun family shows.

Some things that are bumming me out are the losses of good shows like Monk & Psyche from USA Network. I loved their shows and now I don’t even watch it anymore. TV Land is bringing in a new crummy line up too. If it’s not the old stuff, I don’t watch it.  Hey and I like old stuff, like Gunsmoke, but Gunsmoke is it’s own blog all together.  James Arnez, aka Matt Dillion has an impressive history as an Olympic Gold Medalist and Silver Star recipient of WWII, not to mention he was huge at 6’7″ and both 250 pounds of bronco busting 6 gun action!

Boy, you are probably saying, Craig, you watch a lot of TV, when do you write? Good question. The truth is that I have Eep and a handful of underlings doing my bidding. In all seriousness though, much of the new shows, that are good, are often jaded with too much sex, violence and language. The story is all the matters and when you have too much of the aforementioned, that ends up  killing the story and you’ll lose part of your audience. A story is simple, you have characters with obstacles and goals. As long as you have them clearly defined you don’t need all of those other bells and whistles that Hollywood is so in love with. Hey, I’m not perfect, but too much candy is not a good thing. Small doses has more impact. That’s why there is such a great opportunity in remakes. I’d love to see more old forgotten movies and shows made with today’s technology and the vast improvement in lighting and acting.

Well, that’s all I have for now. If there are any topics you want me to cover, just let me know.

Oh, and if you see any typos in this blog, it wasn’t me, it was an underling.