I missed a week of blogging do to a snow storm or maybe laziness. Heck, I just had a busy week. But on the agenda is just some movie reviews I wanted to bust out that I watch the past couple of weeks.

Vacation: After watching the previews, I was 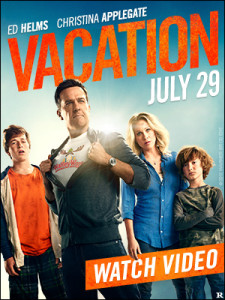 pretty sure that this movie wasn’t going to be very good at all. I was right. The raunchy and gross humor was not worthy of this franchise. But, I will admit that I did laugh pretty hard several times at some of those, how shall I put it, situations. Somehow, this movie managed to save itself from being a total bomb.  6.0 toilet rolls out of 10
Expendables 3: When I was a teenager I had this ideal movie in mind where all of the action heroes come together and battle it out against the villains. The only difference between the Expendables and my dreams were Clint Eastwood and monsters. #3 I think was the best one so far and the action was excellent. It’s nice to see these old school super stars come together and make an entertaining movie that is pretty clean

. Sure, a bunch of dudes died, but their wasn’t buckets of blood everywhere either. Well done. Rent i! 8 bullets out of 10!

Terminator Genisys: The Terminator is a great franchise and so long as they kick them out I will keep watching. I really had my doubts that Arnold could pull this off, but he’s still got it! Sure, I wasn’t blown away, but I was thoroughly entertained for 2 hours. Also, you might wasn’t to watch Pumping Iron on Netflix about the big guy. A nice inside look. Again, pretty clean 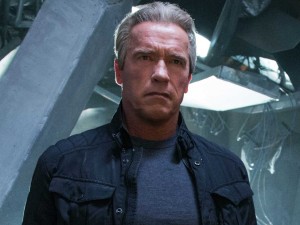 Man from Uncle:  Please remind me to never watch another Guy Ritchie movie again because I’m really not sure what to make of this one, and I’m trying to be fair. Let’s see, hmmm…I never saw the TV series, so maybe they were trying to give it that series feel. A 60’s vibe. Well, it was horrible. Bland. It was like eating a taco without any lettuce, tomato, meat, shredded cheese and taco sauce. Well, maybe it did have some lettuce in there. Boy, what a snore. Nothing about this movie was exciting, it was tasteless. I mean, the acting was fine, and the action good, and the scenes were there, but nothing. I almost turned it off after 20 minutes hoping it would get better but it never did. Hey, I w 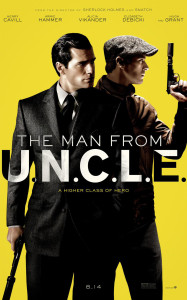 as 4.99 into it thanks to Amazon Prime, which was much better than 6.99 they charge on Dishnetwork. Oh, and the soundtrack, what they heck was that?  Was it spaghetti western, disco and kung fu theater wrapped up in an egg roll? And no duck sauce! I’ve gotta have my duck sauce! What can I say, this movie is not to good. Only 5 misfires out of 10! Pass on it!