I want to cover some of the standards I’ve set for myself when it comes to writing that has helped me become a success. I’m not going to delve into the creative process though. I can’t really explain that. I don’t outline my books because I am a ‘fly by the seat of your pants’ writer. My goal is to keep a story face paced, easy to follow and action packed. Trouble. Trouble. Trouble. I stick with it.

First off, it took me 10 years to write my first book, 8 months to write the second and 4 months to write the 3rd. The was from The Darkslayer series and in terms of book 1 I didn’t know what I was doing. If I had to write book 1 again, it would only take 2 months, easy. How did I learn to write so much faster, simple, I just read about what other authors like Stephen King set. 2000 words a day when he was young and 1000 when he was older. I think 1000 words a day is a fine pace so that you don’t get burnt out, but it’s a minimum for a serious writer in my opinion. It takes discipline and lucky for me my military background gave me a solid foundation for that. Coupled with an unlimited imagination I’ve published over 2,000,000 words in the last 5 years. I can do more. Actually I’ve been cranking out 4000 words a day of late. I decided to push myself for a change. 1000-2000 words a day is nothing now that I raised the bar on myself.

Moving on from the standards, I find a quite place to write, plug my headphones into the computer, turn up Basil Poderious Conan the Barbarian soundtrack and I’m off an running. I sometimes alter that over to some Mozart and Beethoven at 432 mghz on youtube.com. I really love the Conan soundtrack though. I can see every scene in my head as I listen and write and I never get tired of it. 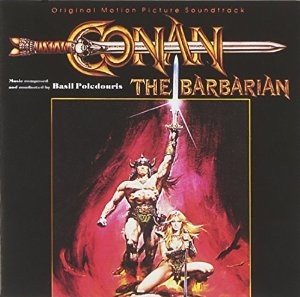 Next time I’ll talk more about the length of my books, some other things and why’s?