The Blog Slayer: Craig asks, What Draws you to a Book? Covers? Excerpts? Bio’s? Blurbs? Take a look!

If there is one thing that I have a love and hate relationship for, it’s book covers!  Book covers are the #1 selling point of your book. Think about it, especially if you are an eReader, you are glossing over hundreds of those tiny thumb nails and looking for that one that jumps out at you. How many times does that pay off?  Do great covers always make for great books? Does the cover deliver what you expect inside? How important is the cover to you?  I’m asking because I WANT TO KNOW!

Okay, I’ve had some pretty good success with book covers, especially on my fantasy books. One of the best parts about writing a book is getting all of this cool art done and I enjoy it. Lucky for me, I’ve found some great people to work with and they have delivered and been reliable. In the case of cover art, I deal with many freelance artists. Many of them are professional artists with a day job, but they do projects like mine on the side. Sometimes I have to wait awhile to get a new piece of artwork too. That’s another reason why my works get spread-out between a series. I’m waiting. Sometimes for months. I have to plan for it. And what happens if you are in the middle of a series and you lose an artist. Oops, that’s a problem to keep up the cover art consistent.

Let’s start with fantasy. I like to have the characters on the covers. It’s hard to pull off, but readers like to have a basis. But how much art is too much art? Is that why you buy the book? I’ve had a great deal of success with the Chronicles of Dragon. I Actually designed that cover with the Logo and the Scales, which I think is original and classic. Does it peak your interest more than a cover with artwork? 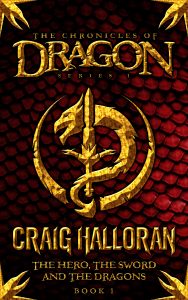 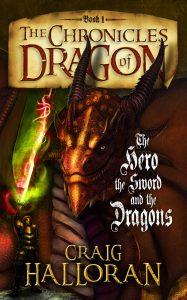 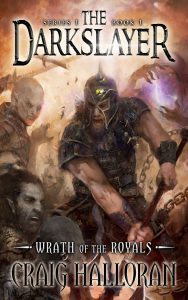 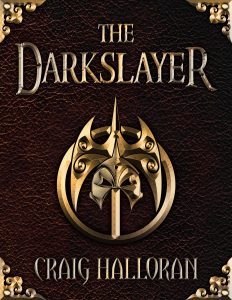 Do you have a cover in mind that drew you to my work? Or was it the excerpt? A review? Of course, maybe, just maybe it was that dazzling author photo on mine and it’s wonderful blurb. Haha!  Honestly, doing an author bio is one of the worst things to do, but I’d be curious to hear that if that is a factor, what you like about it?

So, I have a ton of artwork, a multitude of covers, and covers that I’ve taken out into a field and shot and killed. And I don’t really want to kill any more, that get’s expensive. But I do want to make sure that there isn’t something missing that might catch the readers eye. A cover change can make all the difference in the world. Believe it or not their are examples of dogs being turned into bestsellers from this change. In my case, I feel that some of my stories/series might be getting overlooked because of the covers. Maybe they are too busy, too boring, and I’m considering some other looks. And this won’t be the first time that I’ve reached out to readers to get an opinion. Usually a cover change works out to be a good thing. And over a course of a few years, that’ s not a bad idea. Harry Potter just got a new look. (Oh, and be ready for my blog on JK Rowling).  I want to reach as many readers as possible. With that said, I’m pretty comfortable on the Fantasy books above, but it’s the ones below that I’m not so certain about. I think they might be missing something. Sometimes you see a character on the book and you don’t really identify with them and it’s a turn off. So, no faces? If you don’t like, you move on, right? Tell me what you think about the Supernatural Bounty Hunter Files. I like the lettering, but not characters on the covers so much. It’s in that strange paranormal, urban, dark fantasy genre that is typically dominated by women writers. My characters, Sidney Shaw and John Smoke, fight a lot of monsters and kick a truck load of arse, but I’m not sure that being conveyed to the reader. Particularly my readers.  Geez, my books wouldn’t be my books without some serious bullet’s flying and butt whooping’s going on. It’s still action, action, action. 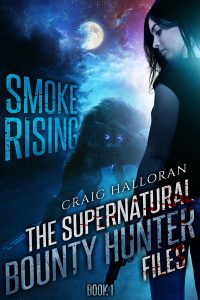 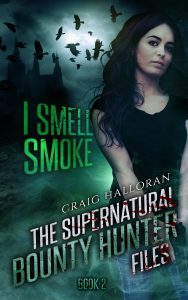 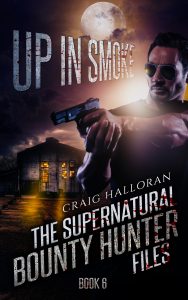 With all of that said, just give me some feedback on the selling points that grab you? Title? Cover? Synopsis? Excerpt from the book? Author Bio?  Name a few things that makes a book stand out. 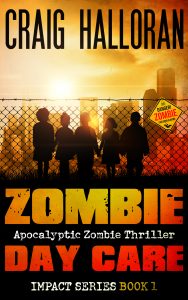 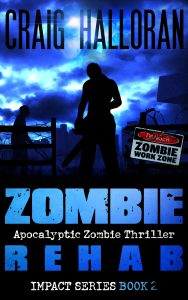 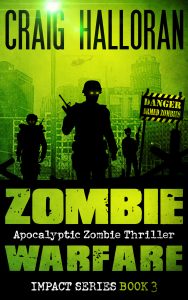 Do these zombie books have any appeal to you? I swear they are awesome!

Thanks for the input everyone! Also, I want to know what your favorite covers of mine are. Thanks.