The Blog Slayer: My Blog has a name (maybe), let’s make it official! Marvel versus DC and more!

(Note: I sent this out to subscribers twice because I didn’t like the first headline and figured people wouldn’t realize who or what The Blog Slayer was. Until we except or get used to it, it might have to be called, Craig the Blog Slayer, for headline reasons.)

In last weeks post I urged the horde to give me some suggestions for a blog name. I received some really good responses, but one of them, submitted by Julie from Alabama, really towered above the rest. The Blog Slayer! What are the masses thoughts about that? It’s sounds like something with some teeth on it. It’s razor sharp, in sync with my wit and I think I’m going to stick with it. (Unless some other brilliant fan steps forward and can convince me otherwise. But I don’t think you will.) I just go daddied the domain name. It’s mine! Sometimes I’m an impulse buyer. Thank you Julie!

Now, before I dive into a Marvel/DC debate, I want to take some time to reflect on last weeks post. It was awesome! Not my post so much as all of the responses about book pricing. There were many and several weren’t all on this blog. Many came through emails and were posted on Facebook. It got my juices flowing because I did this blog stuff long before there were blogs. It’s what got me started in writing. So, now that we have a growing interest, we can start to have more fun. And please, feel free to ask questions, whether it’s about publishing, movies, my characters, or my writing style. Input and suggestions are good. Believe it or not, reader comments can have some influence on the writer. I’ve said it once and I’ll say it again, I write for you! Honestly, I really enjoy doing posts like this. It’s freedom and a different medium than my story telling. Also, I’m not an introvert. I like to interact and have fun and I like fun!

So,let’s jump into my headline, Marvel versus DC! I’ve all ready alluded to the fact that I’m a comic book fan. And I used to be a huge one, snapping up my monthly titles and devouring them in a single sitting. Well, those excellent days passed in the nineties. (Man, was it really that long ago?) And my son hasn’t picked my old habit up. Sad.  Do kids even read comics now? Moving on. Now we have movies. Lot’s of great movies, Avengers and Iron Man, and some not so great, Fantastic Four and Fantastic Four. It’s unreal!  What I dreamed about decades ago has come true. What’s going to happen next, are we gong to land a man on the moon?

What astounds me is how horrible DC is at making movies. And to answer your questions, I didn’t even bother with Batman versus Superman flick. As soon as I saw that sorry looking kid playing Lex Luthor I could smell the stink all over it.  Sad.  And I don’t think I ever carried a DC title since I was little kid and that one was called Kamandi. He looked like me.  I just never got into Batman and Superman, aside from Frank Miller’s Dark Knight which absolutely is a favorite. No, I was all Marvel. My top three heroes were Hulk, Captain American and Nova. Nova? What the Bish? I read the first series as a kid and it stuck. Loved the costume and the flying. The Human Rocket was cool! DC never snagged me, but Marvel. So Marvel is my favorite, right? Well, sort of. 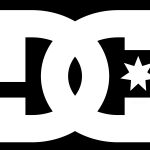 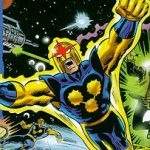 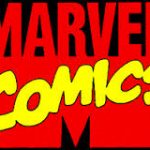 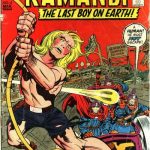 First, in defense of DC, I am glad they have not sold out like Marvel did. That bothers me because I can’t stand Disney. Sure, we get great movies but at what price? At least DC is independent of that soul sucking Disney machine. And there’s another thing that I miss too. Now, everyone is a super hero fan and they all have favorites. I miss the uniqueness of my heroes. I likeD it being my own little treasure that I could argue with my friends about who is better. The Avengers, the Fantastic Four or THE DEFENDERS. Hulk and Silver Surfer on one team? Hah! Unstoppable! And now the merchandise is everywhere! Nothing seems to be unique or rare. You see, I’m the kind of guy that likes to go against the grain. I like that rare gem that very few know about. It was just you and your fellow kindred spirits. Also, in defense of DC, they have Teen Titans Go which might be one of the most entertaining and hilarious cartoons ever made! I watch it with my son and my wife and we always laugh. Meatball Party! It’s some of the best writing I’ve ever seen on TV. And kudos to Flash and Arrow. I don’t watch them all of the time, but they are solid. 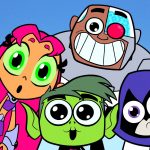 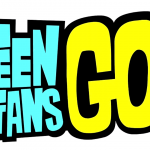 Again, on Marvel, great movies, wonderful talent abounds, but I fear the nostalgia is gone for me. When I do book shows, or comic shows, this money sucking conglomerant is what I’m competing with. It’s all Marvel, DC and Star Wars. Lucky for me, there are always some faces in the crowd that are looking for something different. So I introduce them to my own franchise, The Darkslayer and Nath Dragon.  I envision my heroes just as big and bad as everyone else’s, be it Strider, Conan, Legolas, Ned Stark, Darth Vader, Batman or Spider-Man. Everything starts small before it becomes big, but I’m very satisfied with my steady rise. I like a big stage and I getting the word out, but first and foremost I want to continue to become a better writer who turns out quality material on a regular basis for his readers. I also like to help out other writers and potential writers too. So, as I finish up this long post I have a couple of questions for you.

Marvel or DC? Who are your favorite heroes?