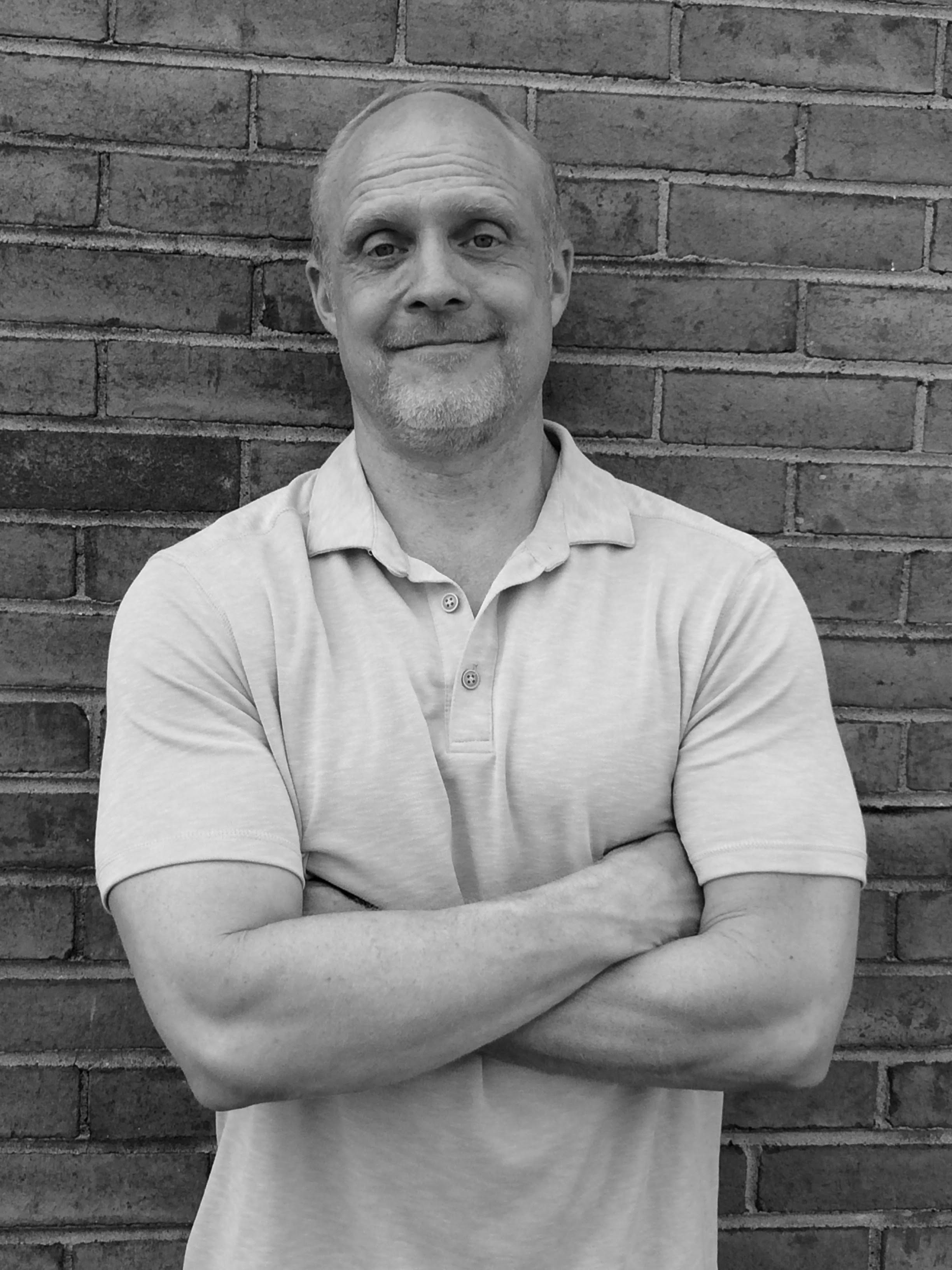 Craig Halloran grew up a role playing fiend and dungeon master’s nightmare. Since, he’s turned his boundless creativity into more than 70 acclaimed novels that span a wide variety of fantasy fiction sub-genres, from urban fantasy to epic sword-and-sorcery to zombie apocalypse. Creator of the bestselling Darkslayer and the Chronicles of the Dragon series, he imagines unique worlds and wonders that are breathtaking in concept, and then brings them to life in stories brimming with excitement, suspense, and surprise. A former military policeman who now labors in the realm of the remarkable, Halloran has a large and loyal following of devoted fans who eagerly devour his page-turning, action-packed tales of fantastic adventure. Since 2010 his books have been #1 bestsellers in Epic Fantasy and Sword & Sorcery on Amazon, where he became a Top 100 Author and KDP All-Star.

Or drop him a line anytime as he loves to hear from readers: craig@thedarkslayer.com

So, here is the long version about me (Craig) and my books, because I get a lot of inquires about how I came into writing so now is a great chance to fill you in.

First, unlike many fantasy books, my stories are not ‘wordy’.

I grew up cutting my teeth on fantasy books from the seventies and eighties. The first full length fantasy book I ever read was The Sword of Shannara. My second book was Conan the Wanderer. It took off from there. Of course, I already had a background in fantasy in junior high school, even though I wasn’t much of a reader. As noted above, I played D&D, read and collected comic books and went to any function fantasy or Sci-Fi related. You know what I’m talking about. I was already a huge Conan fan, but when I started reading Robert E. Howard’s stories, well, WOW! I still have triple copies of those 12 Ace paperbacks.

Aside from Conan stories, I delved into Dragonlance, more Shannara, almost all of R.A. Salvatore’s stories in the Forgotten Realms setting, which I really loved. Drizzt Do’Urden and Bruenor Battlehammer are some favorite characters of mine. Michael Moorcock and Elric were big along with Leiber’s Fafhrd and Gray Mouser. But I knew them first in the Deities and Demi-God manual. I can see artwork in all of those books as plain as yesterday. It really helped shape my worlds. Oh, that and professional wrestling, let’s not forget that. Nothing quite like the Nature Boy and Stone Cold Steve Austin. WOOOOOOOOO! What else, let’s see, I enjoyed the Thomas Covenant Chronicles, Dave Duncan’s Reluctant Swordsman and more Terry Brooks, The Magic Kingdom.

I’ve read plenty of sci-fi and fantasy books like Dune and Ender’s Game. I really thought Timothy Zahn’s Star Wars books were truly great. So, my library has been a mish mash of everything. The most recent fantasy I read was Joe Abercrombies First Law series. That was some really good stuff, but I don’t write Grimdark. I write what like what I coined as ‘Heroic Fantasy’ which is a combo of all the elements I like in fantasy. I’m a big fan of Jim Butcher and the Dresden Files too. Good stuff. I think Stephen King is the best writer currently living, and I’ve enjoyed Lee Child and James Patterson too. Oh, I’m also a huge Twilight fan…NOT! I have no qualms with Harry Potter, only read 1 book, but I really wish J.K. Rowling would do more books on this series for her bazillion fans. Seems like a waste of talent and stories to me.

Aside from books, I take a lot of inspiration from my favorite movies. I love the fast pace of well done action movies. I incorporate that cinematic style to my books. Man, aren’t the Marvel movies great? They saved cinema! I love teams that really stand out with their personalities. Being a former cop I love the Lethal Weapon franchise with Riggs and Murtaugh. I’ve successfully strived to build character relationships like that. Lively and bickering. Dig it. Great teams are the Guardians of the Galaxy with their snarky  humor and fearlessness. I’m a huge Road Warrior fan and love some other post-apoc classics like Reign of Fire, and the Blood of Heroes with Ruger Hauer.  Oh, and let’s not forget Snake Plissken and Escape from New York. It’s larger that life heroes that I love to build.

Importantly, westerns play a big part in shaping my stories too. I love the simplicity of the towns and those breathtaking painted landscapes. Gunsmoke. Matt Dillon. Does it get any better? The Good, the Bad, and the Ugly. Pale Rider. Outlaw Jose Wales. The Unforgiven. Silverado. Oh man, there isn’t enough of that great stuff out there but I’m thankful for what we have to watch over and again.

Now you should have a pretty good feel for what my stories are the most like. I stay in the traditional veins of fantasy, so if you are concerned about content, you should know what to expect. Some of my books mild sexual content and language, but that is rare. I respect my characters privacy when it comes to their personal relationships, but there is romance. Personally, I like to stick within the confines of what I cut my teeth on in fantasy. I mentioned. And, I’d never write something I wouldn’t let my children or parents read. The battle scenes are war-like in my books. Many readers think I write the best fight scenes ever. The battles are hard fought and grisly, along the lines of Braveheart, Conan the Barbarian or Saving Private Ryan. It’s war, it get’s ugly. But, all 3 series of the Chronicles of Dragon books don’t contain any cursing, sexual situations (but there is romance) or bloody battle scenes. They are written for readers ages 10 and up and I didn’t want any content issues. But these books have thrilled readers well into their seventies, much like Harry Potter or the Lord of the Rings. It my bestseller.

As for my writing background and process, well, here we go. It comes from life and I’ve had a lot of great experiences. I was active in school, I played drums in the marching band, wrestled, ran track (200 meter dash, 3rd in the county), played football. In high school I managed the ultra-cool Stage Crew. Ha! I played a lot of pranks, was very vocal about everything, and drove a very slow shiny blue 1968 Volvo. Oh, and ask me what happened when I took my Conan Atlantean sword to school?

I joined the Air Force at 18, trained in San Antonio, Texas and became a Law Enforcement Specialist, also known as Security Police, now known as Security Forces, I think. It keeps changing. I became an infantrymen (yes, the Air Force has an infantry called Air Base Ground Defense) and M-60 machine gunner. Man, I love that weapon! So Rambo. I apply this knowledge specifically in my Urban Fantasy books. I was assigned (to my shock and displeasure) to Clark Air Base, Philippines for 2 years. Man, that was great adventure! Being a soldier in a 3rd world country was truly like being in a fantasy world. I thought I was Conan running the streets of Shadizar. A great experience and I made a great deal of friends. I discharged later, from Charleston Air Force Base in South Carolina. Stateside was pretty boring, so I left, used my G.I. Bill and went to college.

At West Virginia University, the on-and-off #1 party school in America, I had another three years of extended adolescent adventures. I joined a frat where I was the ‘Caller’ (guy who leads and belts out the cheer), the cannon master (yes, we had a canon that we packed with black powder, fired, and would shoot the annual Pig Roast pig’s head out of. Well, that was once a year, but there were a lot of toilet paper rolls too sent careening toward the Mountain Lair. Yes, that’s a real place). I was the Vice President and Pledge Trainer too. So thankful for my brotherhood of friends and soldiers. Exciting memories galore!

I graduated with a bachelor of science in Business Administration and Accounting. Boring it might seem, but turned out to be critical for running my own small business (writing) and doing marketing. So, good move. After college I was a manager at Hertz Rent-a-Car, Charleston and Philadelphia, managed a Bagel Bakery, worked as an accountant/controller/book keeper for a few small business’s. I never would have imagined all of it would have been critical for the future worlds that I would build.

Basically, I’m well-rounded, with countless adventures, great friends and family, and those exciting experiences ooze out into my pages. I think it’s a big reason why I build characters that readers bond with so well. Reader feel like they are a part of a family, and that’s what I want.

(A quick note: Need to mention my tribe. I’m married. My beautiful wife Ruth is the best! I have two kids I’m very proud of, my step-daughter, Lindsay and my son is Nathaniel Conan. Yes that isn’t a typo. I have two dogs, Buttermilk and Lucy, and two cats, Lily and Tiger. They are what is best in life. Seeing your enemies driven before you is second.)

When the internet and email became I permanent thing in the work place I started writing. I sent funny short stories and movie reviews to my friends and family. They loved them, so I decided to start writing books. I came up with The Darkslayer. Based off my own D & D experiences that would have the outcome that no Dungeon Master could control. The story idea is based off my hatred of my best friends love for drow characters. I made a fighting man (the Darkslayer) that killed a drow-like race (the underlings) and wouldn’t stop until they were all dead. I wanted to put it on the record. Little did I know it would become a hugely popular 1 million word long fantasy epic. It’s still my favorite world and character to this day.

After The Darkslayer, the books and ideas kept coming. I had a goal though. I wanted to connect with young readers that, like me, hated reading. So, I developed my own fast-paced, action-packed, easy-to-follow writing style. Well, it worked, as I get emails from new readers from all walks of life (kids with learning disabilities, thankful parent and teachers, redneck hunters, ATV riders, and many others that would never touch a book) all of the time. Some of the best testimonies come from readers tell me how they talk about the stories with their spouse, or read them to their families. It puts me on cloud 9 to hear that.

In 2015, The Chronicles of Dragon Collection and The Darkslayer Omnibus, both hit #1 on Amazon in the Epic Fantasy and Sword & Sorcery categories. I became a Top 100 Amazon Author and KDP All-Star. Needless to say, it was a great year!

As of now, I publish about a book a month on average. It’s great cranking them out, and I love to try new things. But just so you know, all of my worlds are uniquely connected. It makes the experience more fun. Look for those Easter eggs.  Well, I think I’ve said enough and I hope you check out my stories. There’s bound to be one or two series that you like. I try to write something for everybody.