Huzzah! Time for a new blog entry!  Again, I have pledged to do a weekly blog and completely failed, so now I am going for monthly. Back in September I worked with several authors at the Dragon Lance Nexus table at the 2016 Dragon Con in Atlanta. It was my first Dragon Con and a very cool event. I was impressed. Over 70,000 people show up and 60,000 of them are in full costume and spread out over hotel after hotel in downtown Atlanta. It was packed and you couldn’t swing a stick without hitting a Harley Quinn down there. As far as Cons go, this is a very nice con, according to me and many other people I talked to. They love it and I don’t blame them. In my opinion there really isn’t enough for the attendees to do. Especially in the evenings when the are all sitting in the lobby looking at there phones and ipads. Freaking looking little enclaves, but trust me, the people were harmless.  As for Me, at the end of the day (It’s a 4 day event) I was beat, so I’d eat and head back to the hotel room and crash. With that said, I’d recommend the Dragon Con, but mind you, it’s expensive and hotels really stick it to you, but it’s worth doing once. I plan to attend next year so maybe I’ll see some of you at that one. My favorite thing to do was pick out original costumes and get some pictures with the characters. Joe Dirt was my favorite and not only did he look just like Joe Dirt, but he was in character.

Last weekend I set up shop at the West Virginia Book Festival in my hometown of Charleston, WV. I still live there, but mind you, I am a notorious worldwide adventurer, not some cabin shackled homeboy. Anyway, I killed it at my booth and made a lot of connections with my people. This 2-day event kept me on my feet all day and on the last day, I met Patrick Rothfuss (Name of the Wind) at his autograph session which was a great way to cap things off.  I’m definitely looking forward to next years event. The only thing that would make it cooler would be to see a costume contest. The little kids show up for Halloween in full gear, but other than that, it’s all casual. I think I’m going to suggest a costume contest for next year.

Really recent events: Last night I saw Dr. Strange!  I was a Dr. Strange fan back when I was kid in the 70’s. I always thought the Master of the Mystic arts looked cool!  Anyway, the movie, produced by Marvel, was stupendous!  It’s a tough character to pull off, but they made it happen with some tantalizing special effects. Excellent casting and a pretty good story line. Seeing how Hollywood has little to offer, Marvel continues to be the only consistently good movie maker. I give Dr. Strange 8 Huzzah’s out of 10!

In the works, Smoke Happens, Book #9, due late January. Trial of the Dragon and Judgment of the Dragon, #6 and #7 will be out late November and December. Talk to you soon! 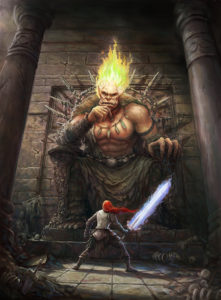