First off, let me complain about something. The Mac Computer. I had one of the original bubbles way back when, a nice cool green and I loved it. Fast forward a decade, I buy a new on and the entire operating system stinks. Wow! I am just disappointed beyond words. The mac computer is the foundation Apple built the empire on and now they have left it to ruin. Ack! 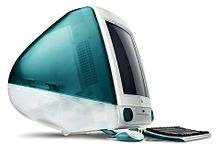 I want talk about a project I am working on. It’s a big one. It’s called. “Brool”.  If you are a Darkslayer fan then you know what that means. It’s Venir’s axe. It’s special. It’s awesome. It’s deadly. Well, I’m having one made. See my Facebook page to see what is going on. I dare you!  So, for whatever reason, I have had the hardest time in the world getting the right look for Brool. It’s not just any axe, battle axe, or war axe … to me, Brool is the mother of all axes. The Excaliber of Axes. A beast. An intimidator. The annihilator. It needs to be unique. I know there are some other favorites out there, like Druss the Legends Snaga, which is great, and we all have our favorites, but Brool is mine because, hey, I created it. (Just so you know, I ever heard about Druss or Snaga until long after I wrote the Darkslayer. And I haven’t read those books either. So no influence, but I am honored that my works are mentioned among them. Truly.)

At some point I needed to speak about Brool and the rest of the armament. The Helm and Shield. They are mystic and work together in a set. A terrifying trio that mangle and mutilates anything that get’s in it’s path. So, in creating Brool, I wanted to be original, and have something that enhanced Venir’s abilities when he faces the underlings. Otherwise, it’s a magic set, but not so enhanced. That said, and I’m being brief here, I think after close to a decade we have a the best look of Brool yet. I’d write more, but I’m tired. Introducing, from the mystic gallows of Bish … BROOL!

….Stay tuned to see how you can get involved